For frequent air travelers (international or domestic destinations), the future New Manila International Airport is a mere 20-minute drive; while the NAIA Terminals in Pasay City (Metro Manila) is a quick 45 minutes away. Moreover, the Clark International Airport (CIA) in Pampanga is reachable within 1.5 hours from Northwin Global City; as well as the Clark Freeport Zone in Angeles City, also in Pampanga. The Philippine Arena is less than 2km away north of Northwin Global City.

Northwin Global City is less than two hours away from the central business districts of Makati and Bonifacio Global City (BGC, Taguig City). The business and entertainment community can also be easily accessble via the Skyway 3 towards NLEX, which will only take around an hour during usual traffic.

Some of the fastest access points of Northwin Global City from Metro Manila (south) are: west access, via McArthur Highway through Socorro Road; and east access, two access points along Marilao Service Road. From the north, the site is accessible from Angeles City through San Fernando City via NLEX south lane exiting the Marilao Service Road. The trip may take just a little over an hour.

If you are wondering the other places of interest like schools, hospitals, churches, and other shopping establishments needed for everyday essentials near Northwin Global City, here they are: 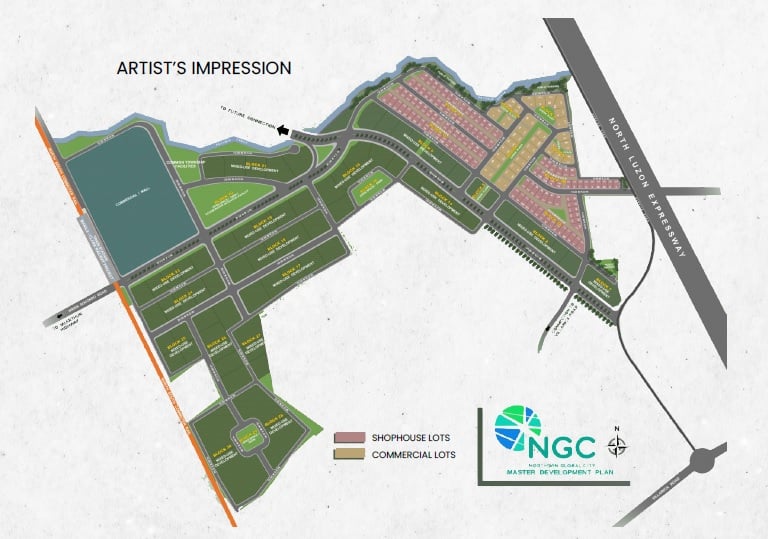